When I was living in a home that had hidden mold behind the walls, I had a stabbing pain on the right side of my torso, just below my rib cage. I described it to several doctors as if someone were stabbing me all the time with a knife and once in a while they would twist the knife and the pain would intensify. It NEVER seemed to go away. 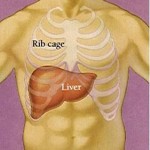 Eventually, I started throwing up every day. I was still going to see doctors and asking them what was wrong with me.

After a while, I wound up in the Emergency Room because I was throwing up every 3 minutes. One of the tests that was run was a “Liver Function Test” where they check AST, ALT and other things. I just checked my records and my records on one of my hospital visits show AST at 131 and ALT at 152.

This test is typically used to detect a liver injury or an active or chronic liver problem. The heart can also release AST, so it is important to look at the entire set of liver tests, rather than just this one test. AST levels can be dramatically affected by shock, low blood pressure or any other condition that deprives the liver of blood and oxygen.

This test is used to detect liver injuries and long-term liver disease. Highly elevated levels may indicate active hepatitis from any cause, including virus, alcohol, drug or toxin. Some prescription and over-the-counter medications can cause an increase in ALT levels. ALT levels can be dramatically affected by shock, low blood pressure or any other condition that deprives the liver of blood and oxygen.

Because of the high liver counts… they checked me for Hepatitis, cirrhosis of the liver, cancer and other liver related illnesses. Not once, did they check me for environmental toxins. Why aren't hospitals and doctors trained to look for toxins when there is an issue with the liver?

The liver is our main detoxing organ. In my case, I was living in a home that was poisoning me with mold and mycotoxins that mold produces. Some people work in buildings that are poisoning them. Others are getting toxins from food, cleaners and personal care products.

Environmental toxins build up in the body and cause multiple symptoms which in many cases are missed by doctors. Learn more about the Clean Air Fix – get the toxins out of the air and breathe easy!

Here are some great articles on Liver Function