What better way to keep mold remediators and mold consultants in business than to say that something that is clearing toxic mold without need of their services doesn't work. Intentionally smear a product with bad reviews online to discredit it.

I mentioned the bad reviews in the first talk I did on mold for the ALS community if you look back at the slides or the webinar itself.

It's quite possible that in 2015 when I said this worked, a very prominant man in the indoor air quality industry said it didn't work BECAUSE it would hurt his business.

Why have something that gets rid of mold and actually helps people when you are making bank with sick people! I know some people who have spent $100,000 and more on mold remediation –

That's why they SAY, “Mold is Gold”

I'll never forget the lunch I was at with mold remediators when I mentioned that I got a new refrigerator – one of them says with an icemaker? I said I didn't hook it up and he looked disappointed and said that those water lines are the biggest money maker.

They are also the biggest sick people maker!

Hi Tech is the only thing I have found that allows me, a mold sensitive individual to live inside for the last 8 years with a HERTSMI of 0 – that's ZERO!

I shared the testing we did in our own home which SHOWS the reduction in toxic mold in air tests and in HERTSMI/ERMI testing which is dust testing. I also shared a bunch of before and after mold testing that the owner of Hi Tech had shared with me.

One of my favorite Hi Tech successes is with an Shawnee Indian tribe in Oklahoma.
Dick Lee is a mold inspector who has taught at the college level.
When I looked at those test results – I saw the same thing Dick Lee said he saw in the testing he did with Hi Tech.

I'm not sure why this mold consultant twisted the results to look like Hi Tech did not work in 2015. My best guess is because if there was a machine that got rid of the mold problem the air quality industry would lose a lot of money.

He got a few cult-like followers, too and that's where the reviews came from.

This individual was a leader in one of the biggest indoor air quality associations in the country. I introduced Hi Tech to him because I thought he would want to help people with the technology, maybe even do testing on the machines and see why they work so well. I sent him a lot of before and after testing to show the machine working.

I'm not saying that ALL of the reviews about Hi Tech are fake. I could go through them and name some names I know were in the tribe – yes tribe – that stalked me and other people who are now recovered from mold and I sadly see so many people stayed sick.

When I first started telling people in a support group with over 5000 members about Hi Tech working for me, I let anyone who was in that group have Hi Tech at 25% off.

I can't do that anymore, so don't ask.

I've been torn up for years about the “friends” I lost in a support group when all this happened. But WORSE. MUCH WORSE are the many people who have remained broken and sick because they believed the lies of people who have never even owned a Hi Tech Air Reactor.

These Bad Reviews cause such distrust in something that could truly help so many people!

I've seen so many people get well — including myself and my family.

I pray you learn to listen to the people who are well after mold.

HealingALS has been helping people heal naturally from ALS
Introducing Hi Tech was supposed to help accomplish that goal.

Unfortunately, some people have seen some of these bad reviews and that has cast doubt on a viable and practical solution to toxic mold. 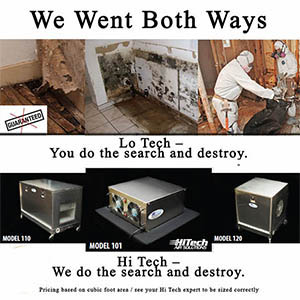 Would you rather spend $100,000 on a remediation that 99/100 times will not work for mold sensitive and chronically ill people or $10,000 on 5 machines you can put all over your house that gets the toxic mold out of the air and our of your lungs?